Job Hunting in the Time of COVID-19 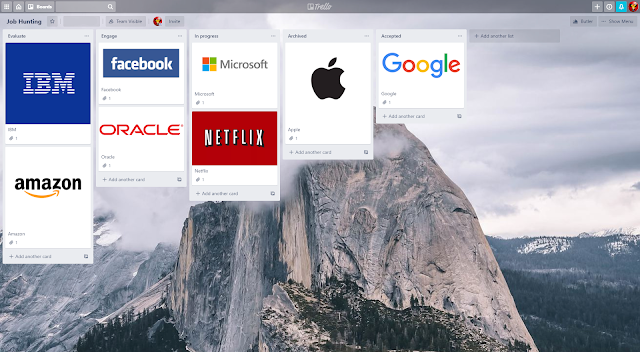 As turmoil is rarely expected it often goes accompanied with other unpleasant ordeals and this is how my story begins.   A week or so after my company went bust, COVID-19 was declared to be a pandemic. Now the situation was already beginning to look rather bleak, UEFA Champions League was being postponed and many other competitions were about to follow suit. My industry suddenly found it's main source of revenue suddenly disappear under it's feet and I guessed many other industries were about to feel the impact as well. Okay. No time to waste. We can process the job loss and company going bust AFTER getting a job. This is not the time to be left without a source of income and medical insurance. Step 1. Polish your CV All classic CV advice applies.  Don't forget to add your personal and contact details  Cover your work history starting with the most recent experience first Keep the experience relevant and to the point (ancient and obsolete experience i
Post a Comment
Read more

October 16, 2015
Here's a small presentation which was created as we've tried to build a microservice for our in-house Device Detection solution. As part of that exercise, we've adopted the Twitter microservice stack and this presentation will try to dissect the cross-cutting concerns a microservice stack has to deal with. We called this service affectionally µWURFL as it mimics the paid cloud WURFL service which we hope with their permission will be open-sourced (the wurfl.zip and binary dependencies will still require a deal with  ScientiaMobile, which is totally worth it!) .  ScientiaMobile showed itself as a great partner and their API was very easy to integrate with. http://slides.com/schrepfler/anatomy-of-a-microservice
Post a Comment
Read more

September 30, 2014
Several months ago I found a plugin made by George Gastaldi which allows performing some common JIRA actions when performing the version release on JIRA on release, creating the next release as well as generating the release notes. Unfortunately our JIRA version doesn't support the WSDL API but it does the REST API so I decided to fork the repo in the hope one day I'll find the time to do so. Yesterday was that day, I wrapped my sleeves, imported the dependency against the atlassian jira rest client and started to chop and migrate code over the new API. There are no tests yet, the code is probably broken but the basis are there. I plan to add a couple of things as well, the release and tagging will not be performed unless all tasks with the given fixVersion are not closed/resolved and I'd like to generate some stats as part of the release. If you feel adventurous and would like to help out as well, feel free to include the plugin to you project, how to do so can be
Post a Comment
Read more

How to install AMD Catalyst driver 13.11 on Ubuntu Linux Saucy

Sim City Social to be switched off 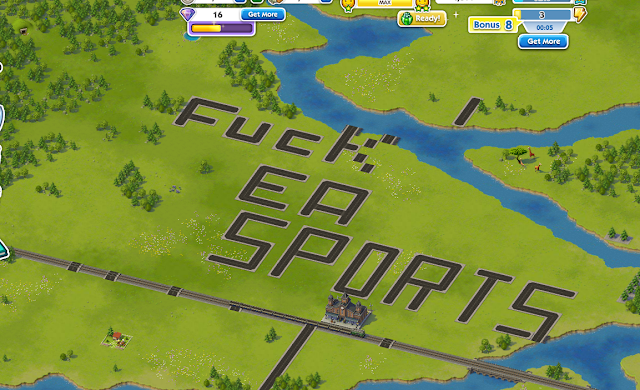 After the unfortunate decision to turn Sim City Social off, my neighbour had a very nice subliminal message to EA Games, I could not have said it better myself. Fuck EA Sports
Post a Comment
Read more 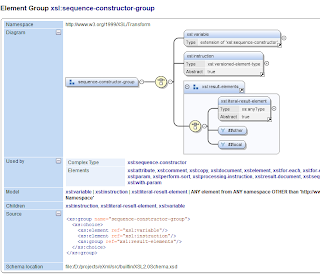 When you're in the business of creating Java Web Services today, be it JAX-WS or JAX-RS, one of the difficult things to get right is actually documenting the entities from a API developer point of view, especially in the scenario where your model is the code. The main problem comes to the fact that a JAXB annotated model doesn't map anything to the generated schema contracts (be it  WSDL or WADL+XSD) and classes. This is understandable as Javadocs don't exist at runtime and there is no specific JAXB annotation that maps to the xs:annotation, xs:documentation and xs:appinfo schema elements. Various tools like enunciate and all provide some support to to compile time generation but from my point of view the generated wadl + schema (my main scenario) is not the same quality as is the runtime generated ones. Can this be improved? Some guys at the The Distributed Systems Group (DSG) of the Information Systems Institute at the Technical University of Vienna certainly thought
Post a Comment
Read more 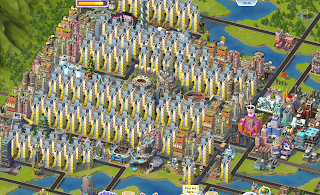 I have to admit that I succumbed to the temptation of starting SimSity Social several months ago. As a game that intrigued me even when I was a kid and a genuine fan of God/simulation games I just couldn't resist. All in all, I can say that even though the mechanics are not quite what a stand-alone simulation game usually brings to the table, the whole package is on the whole pleasing and engaging. This however is not the subject of this post, this post is about some strange cities that my neighbors have built.  This one is really special, very good distribution of population-boosting buildings and zones approach for businesses and factories. Can you say anal?  Also very interesting vertically aligned buildings in columns shuffled between businesses, not obvious way to get high population but to be honest, I don't think he cares that much. Especially with all the police/hospital/firefighting facilities. Can you say square?  This one is one of my favorites... What'
Post a Comment
Read more
More posts